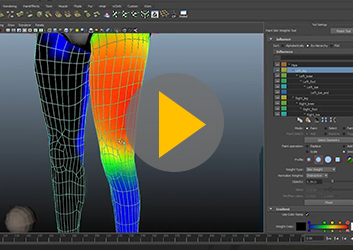 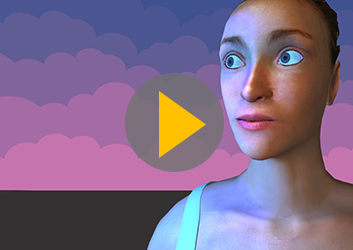 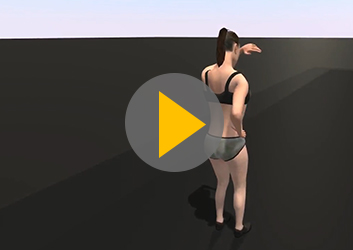 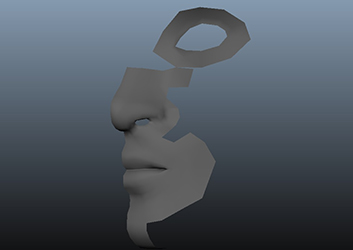 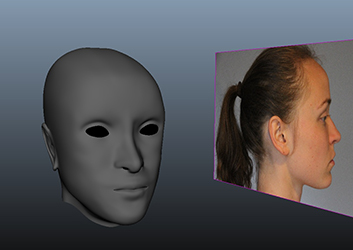 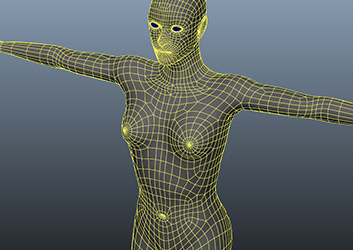 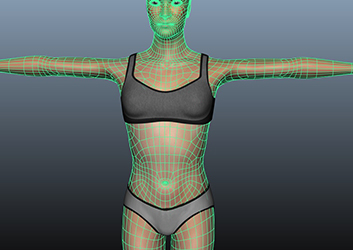 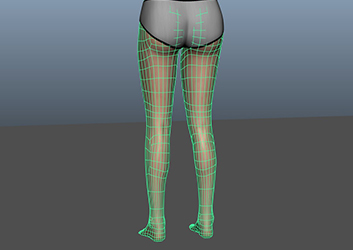 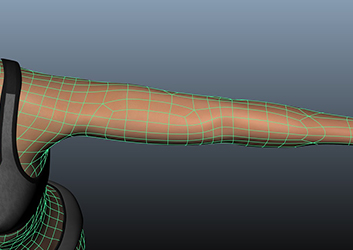 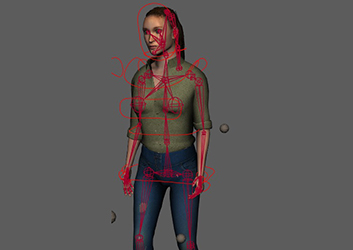 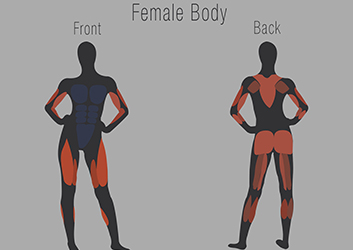 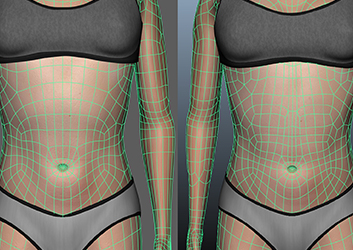 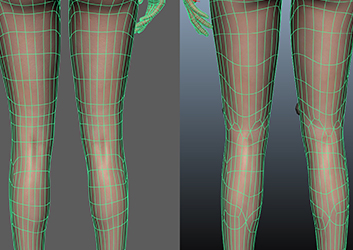 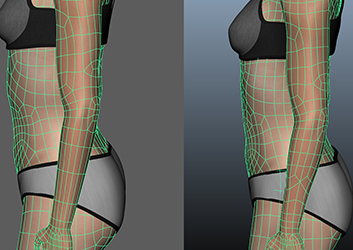 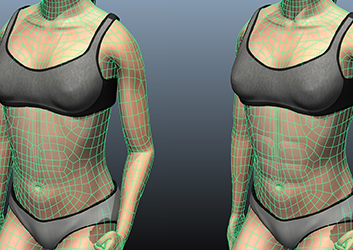 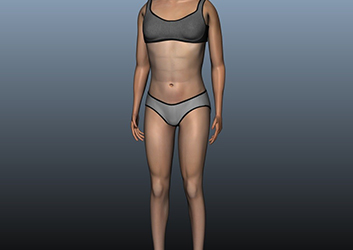 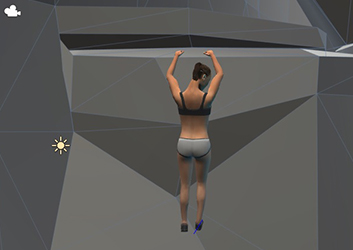 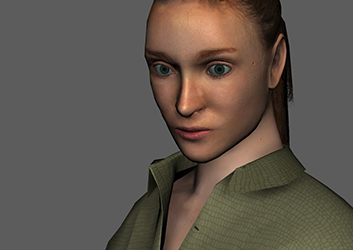 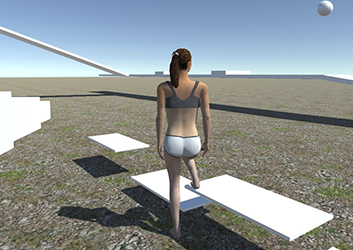 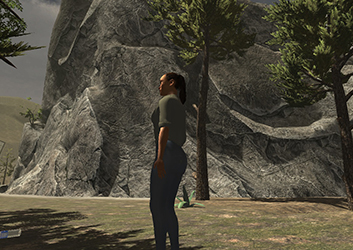 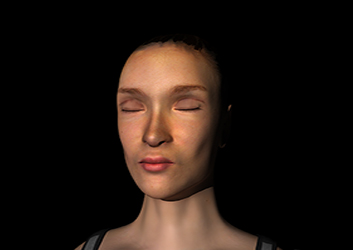 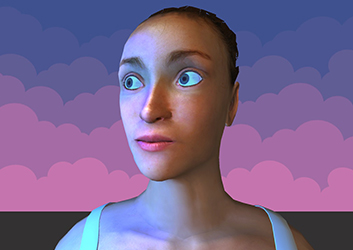 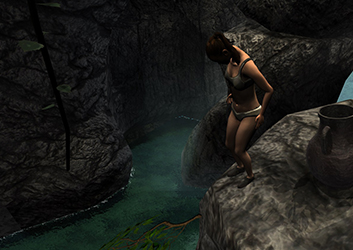 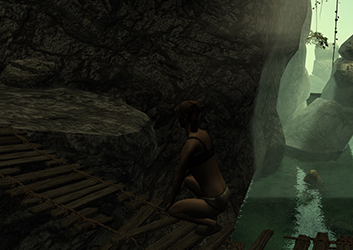 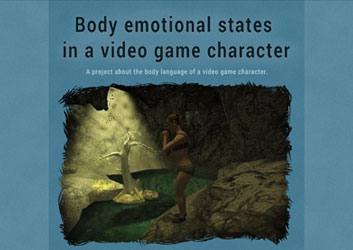 This Aqua character was developed trough multiple projects. Main projects where this character was serving as a core element was Dynamic Muscle system and Bodily emotional states of a game character.

Dynamic Muscle system
Like Laurynas 3D character, this character was implemented with Maya muscle system. However, due to incapability to export such technique with a game engine as Unity, I decided to rebuild this character muscle system using Blend shapes technique that I developed. This required to carefully rework each part of the body that requires muscle activation. New muscle areas where carefully defined using topology and anatomical considerations. Later, each muscle had to be expressed as a Blend shape. In total 47 blend shapes were created for this character, which covered not only the muscles but also clothes and some facial emotions. After character was exported to Unity using FBX format, muscle system class was developed in C#. Each muscle was controlled considering logic and character scenario. For example, if character leaned more towards right, right leg muscles would dynamically become bigger. Or if character would climb the ledge, upper body muscles would activate. Scientific paper can be seen here.

Bodily emotions
Many video games put more focus on facial emotions and sometimes forget bodily emotions completely. Idea was born to create a demo scene with Aqua character where it would react differently in various scene and humanistic states situations and express that trough body animations. Short paper about this can be seen here. It was also required to develop an environemtn for the test which can be seen here, 3D Cave.

Subsurface Skin scattering Shader
A good skin shader was a huge help in making Aqua character to look better and more realistic. The default shaders of Unity and free ones that can be found on the asset store did not meet the requirements and needs. So, me and Akvile Krikstaponyte decided to make our own skin shader, that is advanced enough to support multiple features as subsurface skin scattering.

Animations and interactions
Almost 20 thousand frames were used for animations. All animations were manually key-framed, with primary goal to learn to animate. Various animations as all locomotion animations, various jump, climbing, kicking, interacting with objects and others were created. To express these animations in a video-game environment, everything had to be coded in C# for Unity.