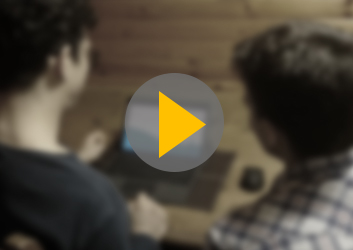 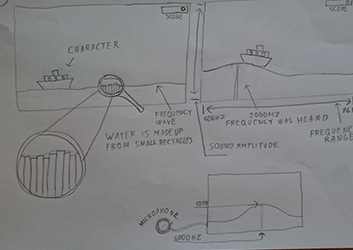 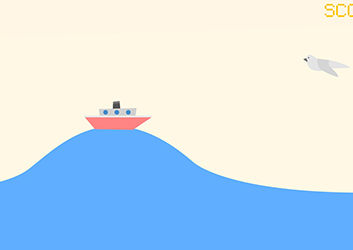 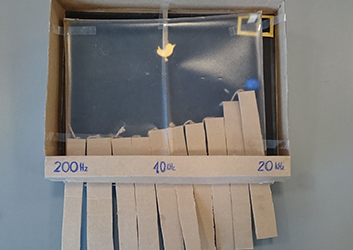 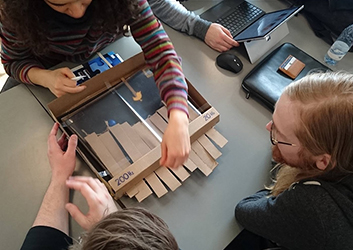 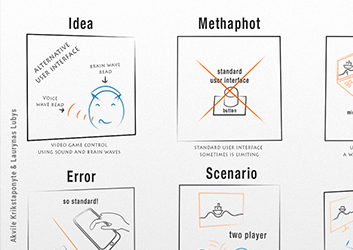 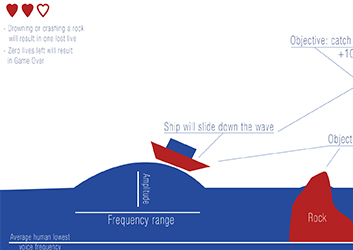 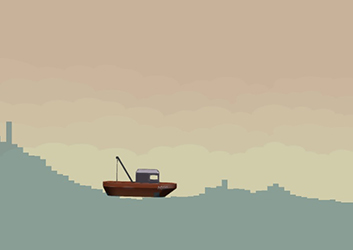 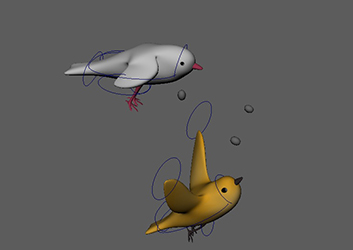 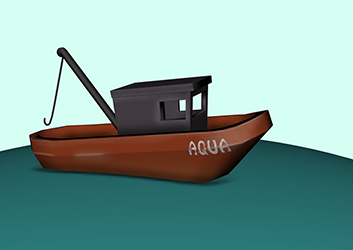 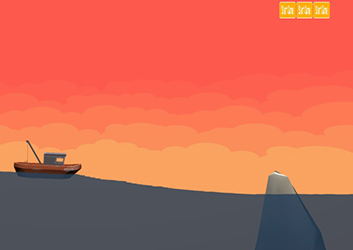 Item in the box 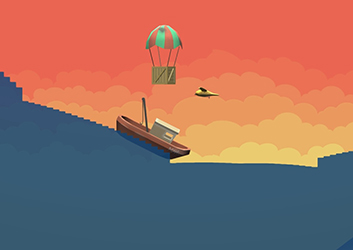 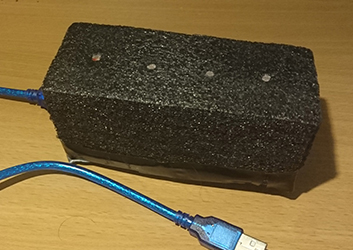 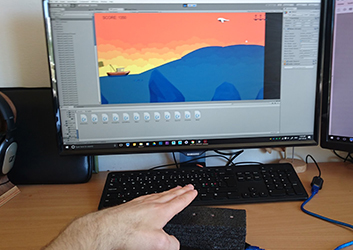 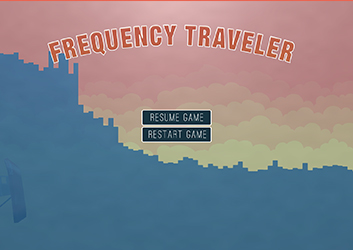 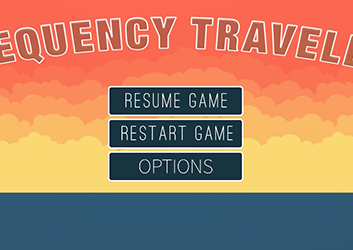 This project was a small project, however it included alternative inputs to control the game. It was created with help of Akvile Krikstaponyte and Anna Liunterova.

Natural user interfaces
Two alternative controls were implemented - game can be controlled with players voice or by hand movements. Sound amplitude and frequency was "blurred"in order to get smooth waves for the Traveler. To control the traveler with hand movements, Arduino device was created, where 4 light sensors were calculating light intensities, which was converted to the wave in game. Both versions required some new knowledge about Arduino, hardware and sound analysis.